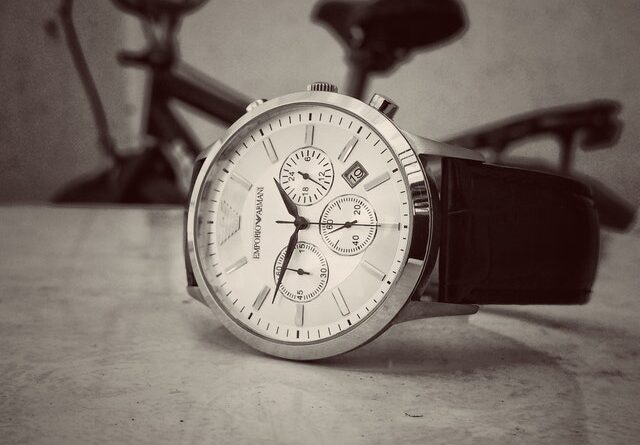 Why does everyone love James Bond? What is in agent 007 that both men and women look forward to watching his movies every time there is a new one? Let’s see the list of unbeatable movie plots and elements, shall we? James Bond is a character who stars in a spy movie, we get to witness the world of espionage, filled with high technology, privileges above the law, and the thrill of a secret yet stylish lifestyle. He gets the adrenaline of the chase, part of his job is living a sophisticated life, he beats the bad guy and gets the job done while at the same time he attracts women effortlessly.

James Bond is smooth, and elegant even in the face of danger, the ideal man for both the female and the male psyche. Secrecy, romance, thrill, action, technology, and a hero who is never ruffled and always wears a tuxedo and you’ll have an irresistible story and character! No wonder people are avid fans and collectors of James Bond items and memorabilia and anything that would transport them or make them feel like agent 007. If you’re a James Bond aficionado, you’ll be glad to know that there is a timepiece that any James Bond fan would appreciate, other than the Rolex Submariner. Below is the list of James Bond watches you can buy and afford.

In the 1981 film For Your Eyes Only, James Bond, played by actor Roger Moore wears a Seiko 7549-7009 ‘Golden Tuna’ 600-meters Professional Quartz Diver S60583. In the thrilling scene where James had to dive in the yellow submarine and retrieve the A.T.A.C. machine, he wears this iconic timepiece from Seiko. The watch is spotted even before the dive and James wears it with the yellow diving suit. The vintage watch is long gone or sold off somewhere and expensive, but Seiko released a modern interpretation of the Seiko Solar in the Seiko Prospex Series- the Lowercase Limited 5000 200M Diver Solar 201. The watch has 200-meters of water resistance, is equipped with Japanese solar quartz movement V147 caliber, and is at a very reasonable price. The Seiko Propex has a black and blue bezel and black dial inspired by the original Seiko Solar Tuna worn by Roger Moore. If you like to check out this model, visit Watch Shopping, an authorized dealer of luxury watch brands, to have a closer look at the watch.

The next wristwatch on our list is the Breitling Top time worn by Sean Connery, the first James Bond, during the Thunderball, and was given by Q to serve as a Geiger counter. The original watch has baton indices, sweep center seconds, luminous hands, two counter dials made of stainless steel by Breitling. With a Ref. 2002, case no. 984343, manufactured in 1962 and then modified, the black dial with applied baton hour markers, luminous hands, sweep center seconds, two subsidiary dials for constant seconds and 45-minute registers, and a tachymeter on the outer dial in silver tone. The watch is a chronograph in a circular case and is obviously in a vintage collection by now, or long before.

However, Breitling has released a recent limited edition of the Breitling Top Time, which nods back to the vintage days of agent 007. The watch has two subdials placed parallel to each other and complemented by two black domino-mask-like triangles. The watch has a nubuck leather strap, which has vintage yellow, and a red-orange hour, minutes, and second hands, and is a tachymeter like the original one. However, not a Geiger counter, because that never really existed. The watch is something James Bond would wear, but since it was a limited edition they only produced a few, and if you find one of them and are allowed to buy it, it’s for keeps because it’s absolutely a rare gem.

Last on our list is the current official wristwatch of the James Bond franchise- the Omega. When it was Pierce Brosnan’s turn to portray James Bond, he put the Omega Seamaster Professional in the spotlight. The model he wore in 1995, GoldenEye, has the automatic movement 2531.80.00, blue bezel, dial, and stainless steel bracelet. In the following movies, James Bond uses the same watch to break a glass to activate a hand grenade. Another fictional feature attributed to the Omega Seamaster is seen in The World Is Not Enough, which is a built-in grappling hook that comes out of the crown and Bond, as well as emanating a strong source of light.

In the movie, Die Another Day, the Omega features as capable of detonating and setting the time of the explosion of a bomb. Of course, we can only imagine if those were true then we won’t be able to access the Omega Seamaster. But it’s enough for Bond fans to just experience the real-life Omega timepiece itself. The Omega Seamaster Professional has 300 meters of water resistance, a helium escape valve, 44 hours of power reserve, and an engraved graduated scale usable for the calculation of diving time. With its stainless steel case and bracelet, sophisticated blue bezel with a wave motif, slightly domed and glare-proof sapphire crystal, the Omega Seamaster is an excellent choice for professional divers and exhibits Bond’s style.

There are certain qualities sought to be included in a Bond movie, and timepieces are no exemption. Despite the unrealistic, fictional high-tech features that are added, there’s no denying that the watches are of good quality in real life. So it’s safe to say that with every James Bond movie, we know that one ingredient we can add to our list of the unbeatable storyline, is having a reliable timepiece to the hero in the journey. If you want to know more details about the Seiko Watch mentioned above, then don’t forget to visit Watch Shopping, so you can get the feeling of having a 007 timepiece on your wrist!