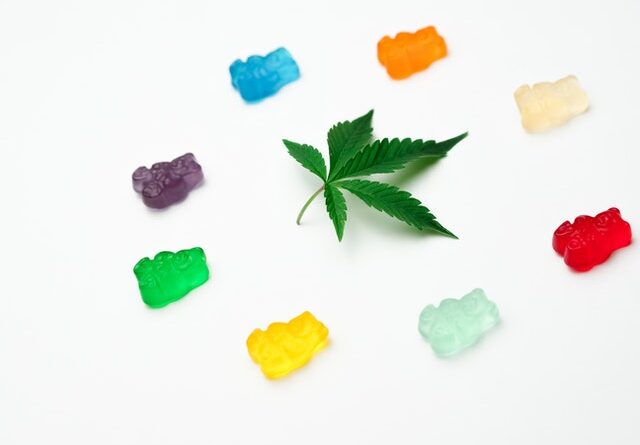 Delta-8 THC, a hot new cannabinoid marketed as “marijuana lite,” has found its way onto the shelves of CBD shops, head shops, and convenience stores across the country, thanks to a legal loophole. Many people are interested in Delta-8 THC because it appears to have a lot of health advantages, it’s stronger than CBD flower, it’s very inexpensive, you don’t have to travel to a dispensary to obtain it, and it does give you a little high. However, it’s weaker and usually smaller than marijuana.

What is precisely Delta 8 is?

Delta-8 THC results from a clever chemist taking a molecule present in hemp, which is allowed under the 2018 Farm Bill and does not induce a high and discovering a method to modify the chemical bonds to create a nearer cousin of marijuana while staying inside the bill’s legal parameters.

The answer is a limited yes, but not in all regions and not for long. The legality of Delta-8 THC is part of the confusing, ever-changing tale of cannabis law in general, including CBD. Marijuana is allowed for medical use in 36 states and adult commercial use in 18 states, including New Jersey, Connecticut, California, and Illinois, as of June 2021. Delta-8 THC generated from hemp, on the other hand, falls into a separate group. The 2018 Farm Bill made it lawful to grow hemp for usage as CBD as long as it has a Delta-9 THC concentration of less than 0.3 percent (the bill makes no mention of the concentration of Delta-8 THC, which has created this legal loophole).

However, the Farm Bill does say that, except Delta-9, all “isomers” of any portion of the hemp plant are lawful. “It just so happened that a wise chemist looked at it and said, ‘Wait a minute, Delta-8 is an isomer of CBD!’ “Sanders explains. “As a result, we may lawfully convert CBD to Delta-8.”But, to make an already tangled subject even more complicated, some believe the movement to ban Delta-8 in some jurisdictions is motivated by more than just health and safety concerns: Sanders points out that many of the states that have prohibited Delta-8 THC, such as Colorado and Arizona, are ironically states where adult recreational marijuana use is legal, and he believes the legal-marijuana industry, which is required to follow strict regulations and collect sales tax, is attempting to protect its turf.

Delta-8 is now prohibited or restricted in 18 states and considered in four more.

Delta-8 has fast become a new commodity, and with that increased appeal comes a new level of scrutiny. Greenway has prepared a map outlining the states where Delta-8 is now prohibited or restricted and states where restrictions consider. Delta-8 is a naturally occurring cannabinoid generated from hemp approved in the 2018 Farm Bill and is thus not illegal under federal law. However, practically all Delta-8 items on the market are processed rather than extracted directly. Delta-8  synthesize from CBD; this procedure, as well as Delta-8’s intoxication and psychotropic side effects, has enraged several regulatory authorities and legislators.

Delta-8 THC is not technically prohibited, as we previously stated. We must now delve into some of the more nuanced legal considerations surrounding this material. To begin with, many cannabis companies actively market Delta-8 THC as a legal way to get high. Again, that is technically correct, but it is still a subject of contention for some. For one thing, it isn’t officially classified as a prohibited substance. While Delta-9 THC expressly prohibits by federal and some state legislation, Delta-8 THC never mentions. More importantly, many supporters will refer to the 2018 Farm Bill. This law made various industrial hemp products, including CBD, lawful on a national scale.

As a result, beginning in 2019, firms began selling Delta-8 THC with no legal limits. However, this is changing daily. As of this writing, 12 states have passed legislation explicitly prohibiting the use of Delta-8 THC. According to the USCC report, other states, including those where marijuana is legal, such as New York, Illinois, Oregon, and California, are developing legislation that any kind of THC, whether Delta-8 or Delta-9, can be marketed only if it tests, confirmed, and sold in a controlled marketplace.