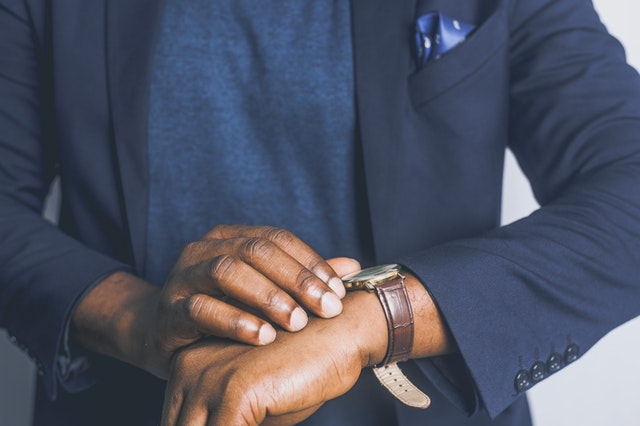 Oris was established by Paul Cattin and Georges Christian in the hilly Swiss village of Hölstein. They bought the recently shut Lohner & Co watch manufacture and signed a deal with the town’s mayor on June 1, 1904. They named their new watch brand Oris after a nearby brook, and they started producing pocket watches on a large scale.

Since the turn of the millennium, the company has concentrated on the fields of culture, diving, aviation, and motorsports. Oris is one of the most recognizable brands in the horological industry, with a devoted following. Collectors look forward to each new release from the brand because it is known for remarkable technological advancements and unique and precise movements. Here’s a list of the finest Oris watches for men.

One of the finest Oris Watches for men is the Oris Artix Skeleton Watch. The Oris Artix Skeleton Watch is bold and modern, combining a skeletonized movement with the best of the 21st-century design and finishing techniques in the watchmaking industry. It is driven by the flawless caliber 734 automatic movements, which is based on the Sellita SW 200-1. The mechanism comprises black-plated and skeletonized elements in varying hues of gray and black, providing it an intriguing three-dimensional aspect.

All of the bridges have been hollowed out to reveal the mainspring, beating escapement, balance wheel, and gear train. Its self-winding mechanism oscillates at a high rate of 28,800 alternations per hour (4 Hz). When fully wound, it can store enough energy to keep the watch ticking for at least 38 hours. Sharp angles, a mix of brushed and polished surfaces, and a large opening for the dial are all recognizable design elements. It has a smaller body than previous Artix models, measuring 39mm in diameter rather than 42mm. The case is made of stainless steel and features a steel crown as well as 100 meters of water resistance (about 330 feet). The case is protected on both sides by a sapphire crystal domed on both sides with an anti-reflective coating inside, while the back is protected by a screwed stainless steel case back with mineral crystal.

With an exceptionally limited edition watch, Oris pays tribute to a Swiss aviation pioneer, Oskar Bider. This timepiece commemorates the 100th anniversary of the Bider’s first flight across the Alps. At the age of 22, the Swiss pilot became the first to cross the Alps in July 1913. It has the brand’s signature Big Crown casing, as well as signature details like a coin edge top ring and Big Crown numerals. The Oris novelty is housed in a stainless steel round case. The case measures 42mm in diameter and features a fixed bezel. A large steel crown and two steel chronograph push-pieces are located on the right side of the case. This limited edition piece has a water resistance of about 30 meters (100 feet).

A black guilloche-finished dial features three sub-dials at 6, 9, and 12 o’clock. The odd hours are denoted by indices, while the even hours are denoted by Arabic numerals. Superluminova is used to fill the hour and minute hands, as well as the indices, to ensure perfect legibility in low light conditions. The Oskar Bider Limited Edition timepiece is powered by an in-house manufactured caliber 774 based on SW500. The mechanical movement includes the standard set of functions, as well as the date and chronograph functions.

Oris has unveiled the Oris Williams Chronograph Carbon Fibre Extreme, one of its most technologically advanced timepieces. This outstanding watch commemorates the company’s collaboration with the Williams Formula 1 racing team. This watch’s case is made of carbon fiber and titanium. Oris has created and patented a carbon fiber manufacturing technique based on processes used by its long-term Formula 1 partner. The case is made up of several pieces, including a titanium crown and pushers coated in black DLC (diamond-like carbon).

The 44 mm case is protected by a flat sapphire crystal with anti-reflective coating on the inside, and the case back is screwed titanium with black DLC coating and a see-through mineral crystal. The case construction ensures a water resistance of at least 100 meters (approximately 330 feet). It is powered by the Oris Caliber 674 mechanical chronograph movement, which is based on the ETA 7750 caliber. The black dial is embellished with applied numerals, two chronograph counters, a small second counter, and a date window at 6 o’clock. The blue color of the Williams racing team has been used for the chronograph hands and subdials. The black hour and minute hands are filled with white Superluminova for exceptional legibility both during the day and at night.

Oris chose to honor Carl Brashear, the first African-American to become the US Navy’s master diver, with the limited edition timepiece. This watch has a bronze bezel, a stainless-steel case, and a blue dial with rose gold indices. This watch measures 42mm in diameter. The case features a unidirectional rotating bezel with a raised minute scale for tracking dive times, evoking several of the diver’s timepieces from the Oris archive. Under the domed sapphire crystal glass is a dark blue dial that stands out against the bronze case and bezel. The lovely retro-styled dial is slightly curved and features rose gold-plated markers filled with Superluminova for maximum visibility in low-light conditions.

It is powered by the Oris Caliber 733 automatic movement, which is based on the Sellita SW200 and includes a date function. The mechanism oscillates at a high frequency of 28,800 vibrations per hour (4 Hz) and can store enough energy to power the watch for at least 40 hours. It is built to withstand water pressure of up to 100 meters. The stainless steel case back features Carl Brashear’s helmet and his very personal motto: “It’s not a sin to be knocked down, it’s a sin to stay down,” as well as an engraved limitation number.

Oris, a Swiss watch company known for its mechanical watches, has been in business for more than a century. Their watches are made to last a long time because they only use high-quality materials. Because it is Swiss-made, the customer can be confident that the company employs strict quality control and complies with the highest manufacturing standards.